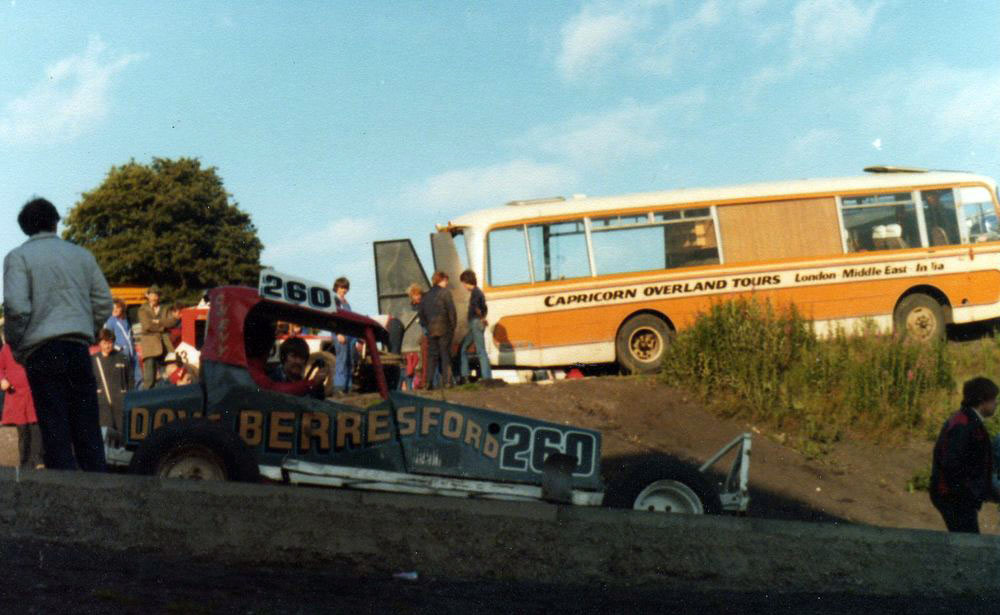 A Track’s coming back

BriSCA Stockcars at Bradford Odsal return in April 2021 with Startrax Oval Racing.  This has been making major headlines in the BriSCA world for a few weeks now.  It’ll be wrong of me to let the news about Odsal pass without comment.

All systems are go for an Easter blast off.  This is fantastic news for the sport as a whole.  It’s handy for my old stomping ground of the north east.  The region has been starved of Formula 1 stockcar racing for so long.  So to have a track an hour and a bit down the A1 and turn right may tempt some old timers back as well as a new generation.  And it’s not just the north east but across the country this is an important venture.

There will be a lot of work needed.  As a past venue for world finals it has the size and facilities to be a premier venue once more.  Hopefully the regeneration will invigorate and maintain interest for the drivers, fans and sponsors.

I’ve little experience of Bradford in the early days.  A handful of meetings took place in 1954 and 1955 then the stadium remained a rugby league ground until 1975.  This is when Barry Gomersall, driver 443 took the reins and organised a number of midweek meetings.  Wednesday and Thursday nights didn’t fit in with work and as a teenager I didn’t have a vehicle with the ability to get me there in time.  That was a shame as I believe it was a rather rough/ bumpy shale surface that suited my favourite Doug Cronshaw 396.  It was a rare event that the trophy for the night’s final didn’t head west along the M62 to Rochdale.  Admittedly Stu Smith usually had the upper hand – but during the 70s where didn’t he have the upper hand?

It was a Friday night early May 1977 that I rushed home from work, hoping that my brother was able to get away on time as well so we could venture south to Bradford for the first time.  This was hailed as being something special and boy it didn’t disappoint.  1976 world champion Stu Bamforth was now in charge.  He’d made major changes to the track and the Bamforth promotion team certainly knew how to put on a show.
The first time driving past the stadium while looking for a place to park, one of the  double gates was open.  I couldn’t work out what I was looking at.  In the distance below us was the tin roof of what looked to be a large grandstand.  But it was below us.  So walking into the grounds and have the natural bowl open out in front of us was gob-smackingly awesome.  A prestine tarmac track with steel plate fencing and separate entrance and exit that didn’t need gates raised or dropped.
I’m jealous of the new generation of supporters who have not been there before as they’ll get to experience their first sight of the magnificence that is the Odsal Bowl.  To be known as the Wembley of the North wasn’t wrong.

Bradford became must attend meetings as much as the ones at Aycliffe were.  Those first meetings were all about Smiths.  After the maestro took the opening heat Harry won the Final and the remaining Finals in 77 went to Stu with Phil Smith taking the first 2 in 1978.  It took until July 1978 for Dave Mellor to break the stranglehold and take a final victory from the Smiths.
Perhaps the most memorable from 1978 was the infamous return of triple world champion Dave Chisholm 252 in a virtually unbeatable car, taking consolation and grand final wins and finishing up with a 2nd in the Grand National from the lap handicap.  This was probably his BriSCA swansong before selling to Rob Bradsell 265 who campaigned with the car for many a season.

Steve Rees took over the promoting in 1996 and ran into 1997.  Then plans for the stadium not involving stockcars brought an end to the racing.  Until now that is.  And it’s Steve Rees again.  I believe Steve and his Startrax promotion team has maintained connections to the arena and local council and an opportunity arose late 2020 to put forward a plan to save the stadium and for the return of racing.  Currently the promotion, various drivers and volunteers are working around the clock through the severe winter conditions not to mention the COVID pandemic to bring the Odsal stadium back to it’s former glory.
BriSCA stockcars at Bradford is an awesome spectacle.  I wish them every success and really hope that lockdowns and tiers will come to an end before long.  I can then hit the M42 and M1 to head north.