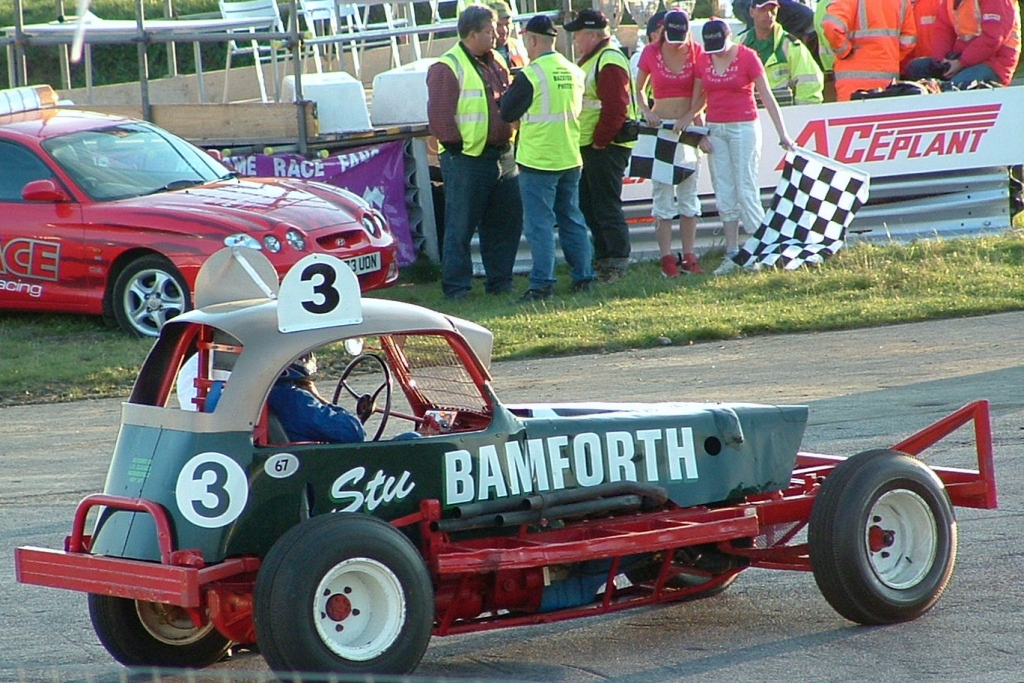 I’ve only come across the Heritage cars on a few occasions.  They’re not a formula I’d go out of my way to see.  The appearance at the Northampton World Final in 2005 didn’t do a lot for me.  It was a demonstration rather than a race and was a decent backdrop while socialising and soaking up the atmosphere before the main feature race of the season.  An out and out competitive race it was not.  You can’t blame the drivers.  They have a lot of time, effort and pride invested in their Heritage Cars.  Wrapping the car around a fence post will not endear them to their teams.

Static displays with Heritage cars on the other hand can be enjoyable in sparking memories.  Also you can get up close and personal with the cars and have a good nose around.  Heritage cars in the pits at Foxhall Stadium Ipswich or a stand at the Autosport Show are far more fascinating.

One thing I do find annoying is the lack of web presence.  I would have liked to put names of current owners and in some cases the original drivers but I’ve not been able to find a source for information online.  There is a page on Facebook but not a lot of help.

While dealing with the Heritage cars it seems appropriate to gather together a collection for The Maestro at Aycliffe.  With 66 final wins Stuart surpassed the total of the joint second final winners, Mike Close 199 and John Lund 53.  Undoubted king of Aycliffe in the pre-official days was Tony Neal but I doubt his overall tally would match that of the Maestro.  Aycliffe initiated the North East Drivers Championship, originally intended for drivers living within a 50 mile radius.  Stuart took the title 5 times between 1971 and 1979.

The latest update includes a handful of images from Hednesford.